Cyberpunk 2077 Will Be Seen As “A Very Good Game”, CDPR Says

CD Projekt Red president Adam Kiciński has defended Cyberpunk 2077 after a rocky first year. According to Kiciński, Cyberpunk 2077 will eventually be seen as “a very good game” as technology improves and the studio works on the game’s issues.

What has Adam Kiciński said about Cyberpunk 2077?​

This news comes to us via VGC, reporting on an interview with Kiciński by the Polish news platform Rzeczpospolita. In the interview, the CD Projekt Red CEO says Cyberpunk 2077 is his team’s “most complicated” project. He acknowledges that not everything “went [the team’s] way”, but says he’s still proud of the world of Cyberpunk 2077. According to Kiciński, in the long run, Cyberpunk 2077 “will be perceived as a very good game” and will sell for years as hardware improves and more updates are released.

CD Projekt Red believes that despite a rocky launch for Cyberpunk 2077, the public will eventually come to view it as a good game.

In addition to defending his game, Kiciński also said that there would be no further Cyberpunk 2077 updates this year. A major update will arrive alongside the current-gen versions of the game, which will be launching in early 2022 after being delayed last month. Kiciński said the decision to delay Cyberpunk 2077 next-gen versions was “difficult”, but that it was a recommendation of the development team.

What went wrong at the Cyberpunk 2077 launch?​

If you missed the furor around the Cyberpunk 2077 launch, here’s a quick recap. After numerous delays, Cyberpunk 2077 was released in December 2020. Despite breaking Steam records and smashing preorder goals, many were unhappy with the game at launch, citing numerous bugs and issues that ranged from merely hilarious (NPCs T-posing or clipping through walls) to game-breaking (quest-essential NPCs not spawning or disappearing). The biggest problems players raised were with the PS4 and Xbox One versions of the game, leading to refunds being offered and Cyberpunk 2077 being delisted from the PlayStation Store for an extended period of time. 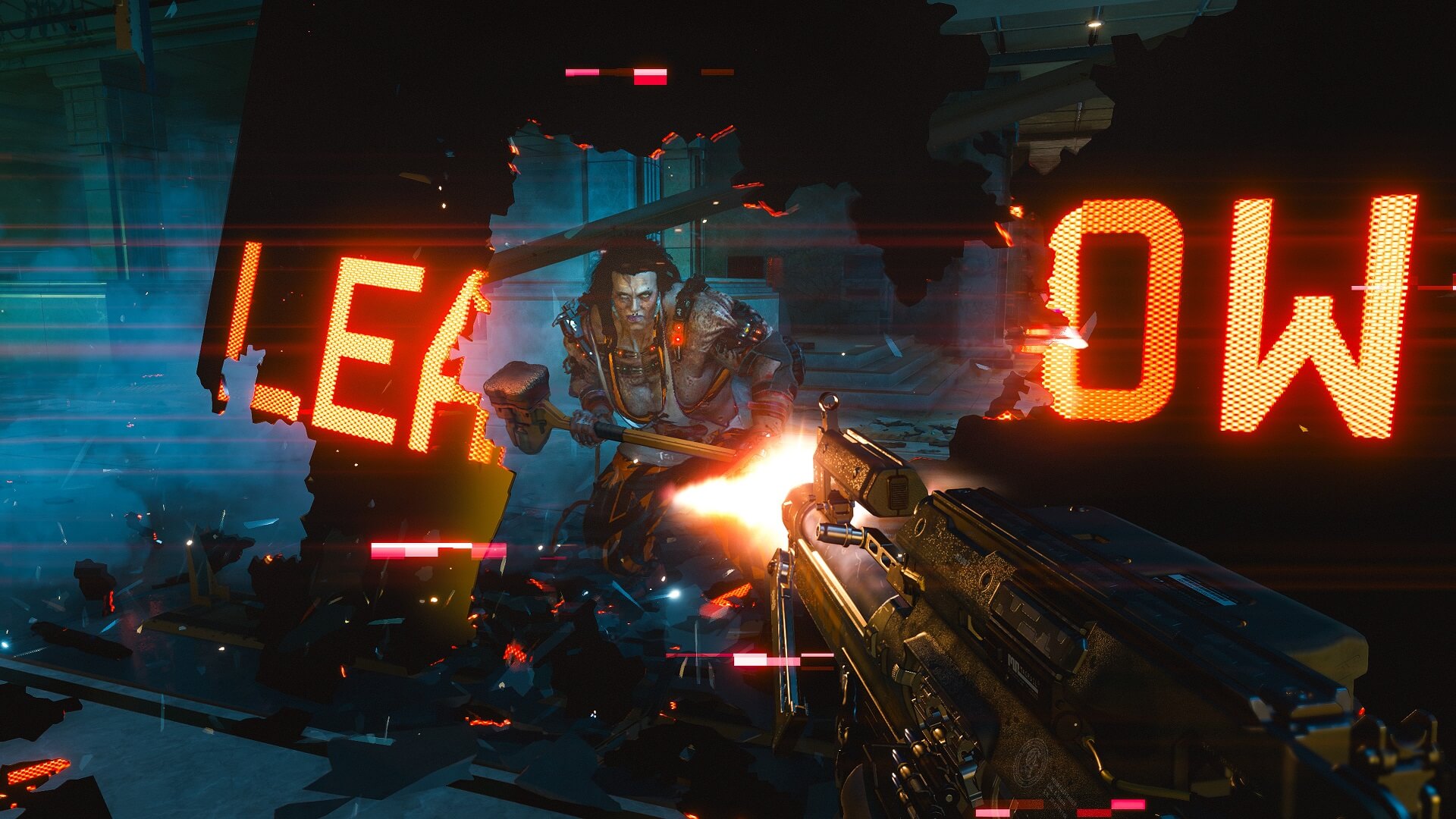 This image pretty adequately describes how broken Cyberpunk 2077 was at launch.

Numerous updates followed, each of which fixed bugs and made tweaks to Cyberpunk 2077. The game’s latest update was released in August this year, fixing over 50 quests and more than 20 side gigs. In June this year, Adam Kiciński told Polish news organization TVN24 that his studio was “satisfied with the stability and performance” of Cyberpunk 2077, despite numerous bugs and issues still being present in the game. A new update is scheduled for early next year, although we don’t yet know what that update will bring with it.

We’ll have to wait and see whether the upcoming update 1.4 fixes some of the remaining issues with Cyberpunk 2077 and whether the PS5 and Xbox Series X|S versions are up to scratch when they launch. In the meantime, you can grab Cyberpunk 2077 right now on Steam and GOG.com if you’re a PC player. Mercs aiming to check the game out on consoles can get it from the PlayStation Store or Microsoft Store. Even though the next-gen versions of Cyberpunk 2077 aren’t out yet, the game does have significantly better performance on PS5 and the Series range (to the point where the PS Store listing for the game outright recommends playing on PS4 Pro or PS5).

Do you agree with CD Projekt Red that Cyberpunk 2077 will eventually be seen as a good game? Let us know in the comments below!

The post Cyberpunk 2077 Will Be Seen As “A Very Good Game”, CDPR Says appeared first on NuclearCoffee.