How to beat Grimora in Act 2

After choosing your starting deck in Act 2 of Inscryption, you’ll see a strange, new land before you. There are four zones here, each with a powerful entity that you need to face. One of these is the Scrybe of the Dead, a necromancer who rules from her crypt. Here’s our Inscryption boss guide to help you solve the Crypt puzzles and beat Grimora in Act 2.

Note: For more information, check out our Inscryption guides and features hub.

When you exit the altar area in Act 2 of Inscryption, you’ll see a world map. The bridge to the left hasn’t been repaired yet, but we’ll go back there later. For now, we can only battle Leshy or Grimora, and we’re going to take out the latter. Grimora’s Crypt is at the bottom-right corner of the map. Before you go there, though, you’ll want to visit a couple of locations:


Note: Act 2 of Inscryption is different in that it’s no longer a rogue-lite game. You can still retry card battles even if you lose. That’s why our goal is to build up our deck so we can have more options.

Anyway, once you have more cards, go inside the Grimora’s Crypt. You’ll notice that she’s walled off behind three tombstones. Our goal here is actually fairly simple. We need to collect information about the ones buried here so we can complete their epitaphs: 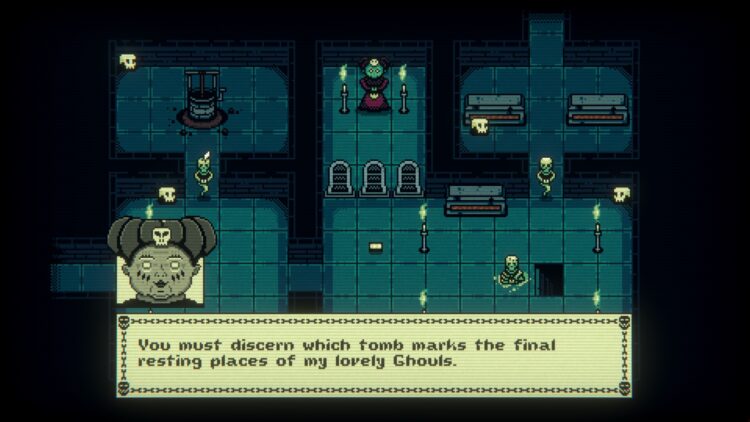 Once you’ve gathered all the clues, interact with the tombstones and complete the epitaphs as follows:

Grimora will use the following:


You’ll want to keep most of your hard-hitting cards in reserve. But, you do need something that can take out the Bonehound. You can trick it by plopping down a weak card (to mitigate damage) or using an Adder (one-hit kill) if you have it. Likewise, beware of the Sarcophagus. It always spawns at the rightmost column, so if you can prevent it from being used (i.e., causing the Bonehound to jump there), then that saves you a lot of time.

The Adder can take it out, and so does your Bloodhound. In fact, the Bloodhound also acts similarly to the Bonehound (it switches places to counter a creature if there’s nothing opposing it). Grimora will always play her cards from left to right. That means any new Sarcophagus that’s placed down will be taken out by the Bloodhound before it can turn into a Mummy Lord. 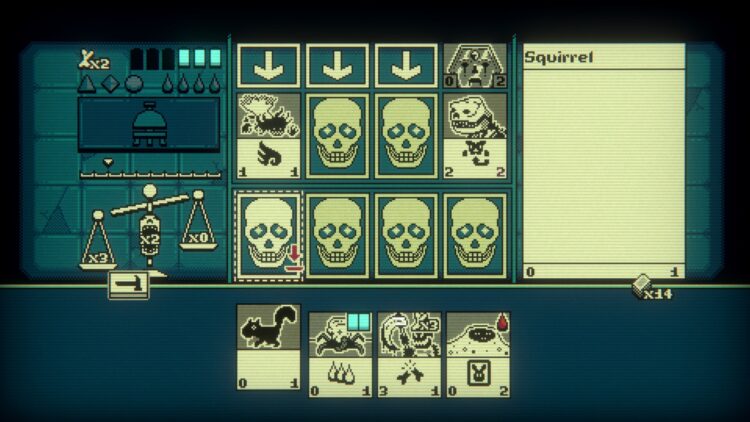 At the start of phase 2, Grimora will summon all your cards that have been killed/destroyed (not those that were sacrificed). She’ll turn them into 0/1 zombies and place them in your hand. She’ll continue using the three cards mentioned above, as well as 1/1 Zombies. Needless to say, this could become a battle of attrition. Use your zombies as fodder in case you’re about to get hit, but bring out cards with high ATK or those with the Airborne sigil to take her out. 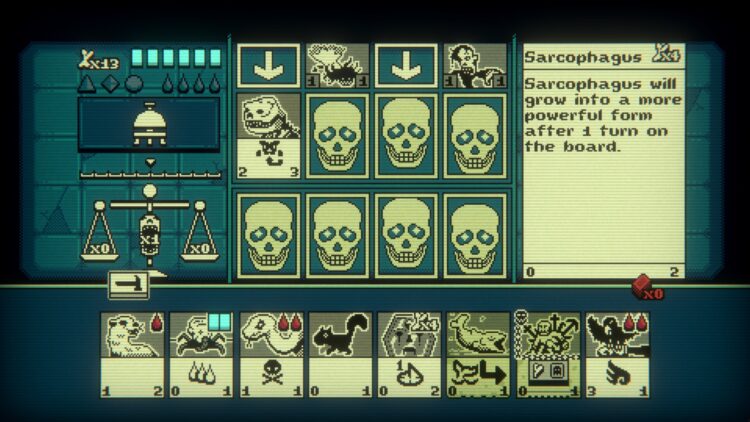 Getting the Four-Leaf clover

After defeating Grimora in Act 2 of Inscryption, you’ll receive two card packs. Oh, and the bridge is now repaired, which means you can head to two other zones. Instead of doing that, though, you’ll want to return to the Pier near Leshy’s Cabin. Here, you’ll find a Four-Leaf Clover. This allows you to redraw your hand once at the start of every battle.

Speaking of Leshy, we’ll want to battle him next. Head over to our Leshy boss guide for the next part of our Inscryption Act 2 guide series. 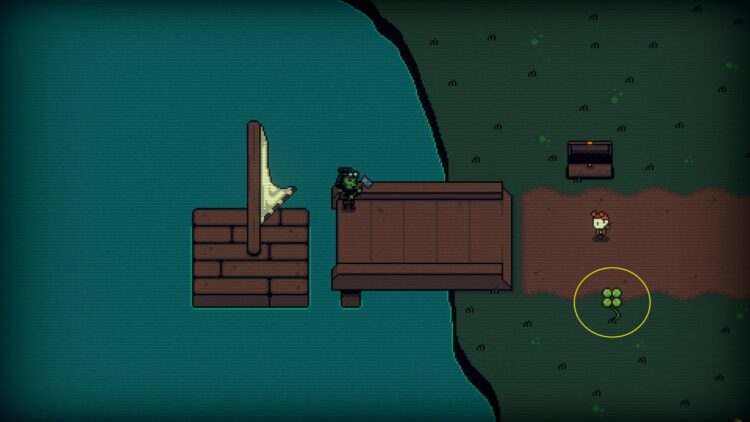 Inscryption is available on Steam. For more information, check out our guides and features hub.

The post How to beat Grimora in Act 2 appeared first on NuclearCoffee.