The gigantic full map of Forza Horizon 5 has been revealed

In Episode 5 of Playground Games’ Forza Horizon 5 livestream, the full map of the upcoming open-world racer was revealed. The new map of Mexico is the largest and most diverse that the series has had yet — 50%/1.5 times larger than Horizon 4‘s rendition of the UK. The full view of the map shows that it attempts to cover a decent scope of the real country, right down to featuring both the Pacific coast to the west and the Caribbean Sea to the east. It will also have the longest highway of any Horizon title, and the largest helping of both on-road and off-road sections on which to drive.

In addition to the map reveal, Playground also showed off more raw gameplay. The stream included more biomes, car customization options, and also an additional reveal of a new vehicle: the fan-favorite 2020 Toyota Supra. This car will actually be given to every new player for free when they start the game, and features a Toyota Heritage body kit.

Within the map of Forza Horizon 5‘s Mexico is filled with all sorts of detail. Each biome features a distinct look with drastically varied geographic features. For instance, the “Living Desert” has a lot of sand, but also a extensive variety of foliage. The Rocky Coast has striking rock formations all around it and thick sand dunes. All of the locales in the game are based on real-world areas around Mexico.

The returning seasons mechanic will continue to have an effect on the in-game map. For instance, one of the developers mentioned how there’s a “seasonal river” that runs through the Living Desert biome, which grows and shrinks depending on if it’s the wet (summer) or dry (winter) season. Player homes are also making a return and are dotted around the map. Rural settlements straddle each area of the map, and feature authentic Mexican architectural design, in addition to the urbanized city of Guanajuato.

With such a large map to enjoy, players will also get to participate in a total of six different Horizon Festivals that are scattered about. This is the largest number of Festival locations in the series yet, beating out Horizon 3‘s total of four. 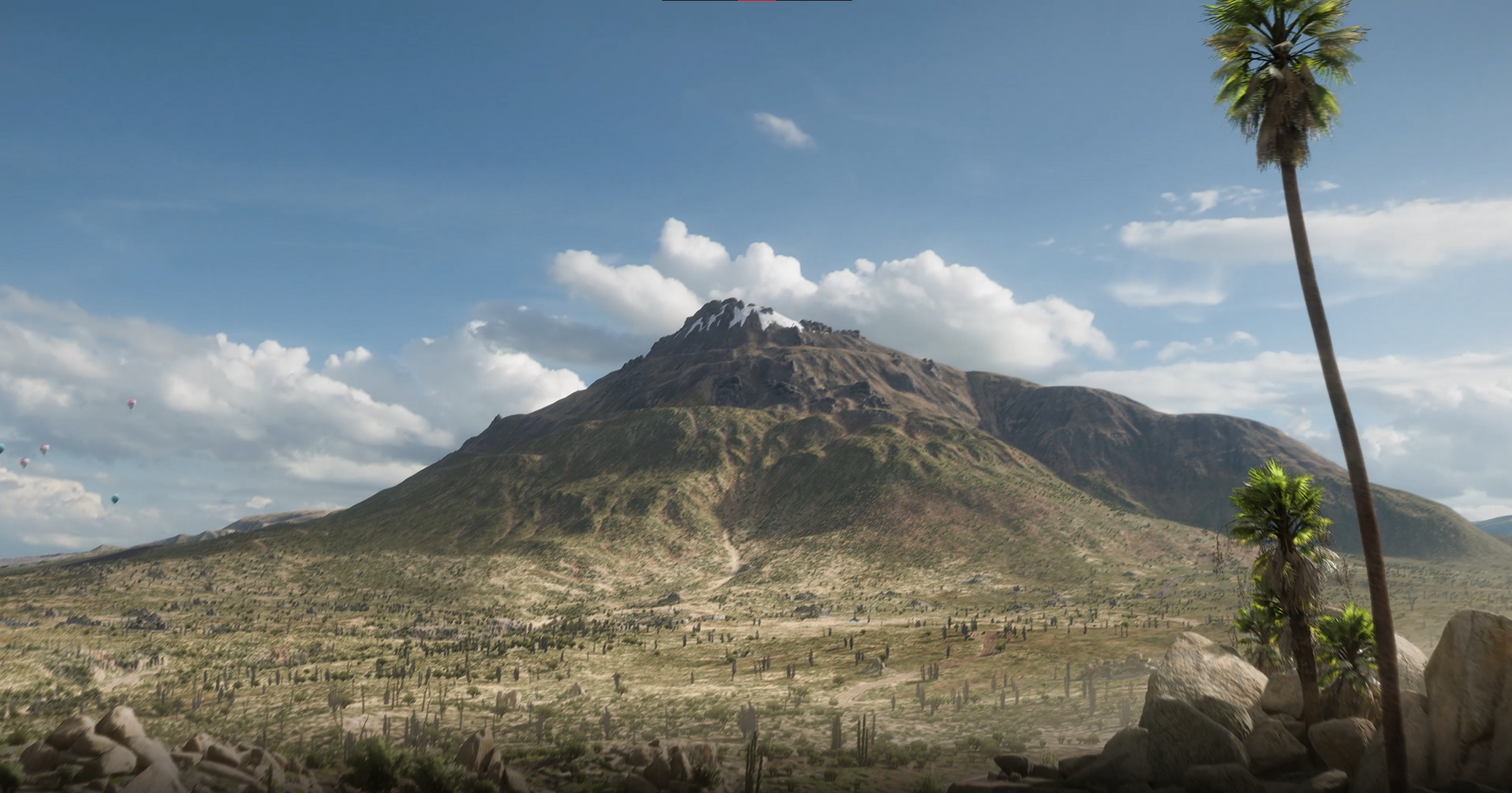 The developers from Playground also spoke more about the new graphics engine. Playground went over its photogrammetry techniques used to capture the scenery. The improved lighting effects add more depth and realism to the visual experience. Even the shade of the sunlight will realistically change depending on the weather and time of day.

Another technical tidbit is that smaller effects like tire smoke have been given more attention. For instance, the amount of smoke emitted by each tire is affected by the heat of the tire. The ambient weather also has an effect on the temperature of the surface of the ground, which is altered by different weather and seasonal conditions.

Forza Horizon 5 will race its way onto PC on November 9.